This section allows you to view all posts made by this member. Note that you can only see posts made in areas you currently have access to.

April 16, 2020, 12:58:56 pm
Two elderly people lived in the same care home. He was a widower and she a widow. They had known one another for a number of years. One evening there was a community supper in the big activity centre. The two were at the same table, across from one another. As the meal went on, he made a few admiring glances at her and finally gathered up his courage to ask her: "Will you marry me?"

After a dramatic pause and a few seconds of careful consideration, she answered: "Yes. Yes, I will."

The meal ended and, after a few more pleasant exchanges, they went to their respective places.

Next morning, he was troubled as he wondered: "Did she say 'yes' or did she say 'no'?"

He couldn't remember. Not even a faint memory. With trepidation, he went to the telephone and called her.

First, he explained to her that he didn't remember as well as he used to. Then he reviewed the lovely evening past. As he gained a little more courage, he then inquired of her: "When I asked if you would marry me, did you say 'Yes' or did you say 'No'?"

He was delighted to hear her say: "Why, I said, 'Yes, yes I will' and I meant it with all my heart."

Then she continued: "And I am so glad that you called, because I couldn't remember who had asked me."
2

Health, Well-being & & How to live with Coronavirus! (COVID19) / Coronavirus/COVID-19

Computer and Information Technology / How to count to 10 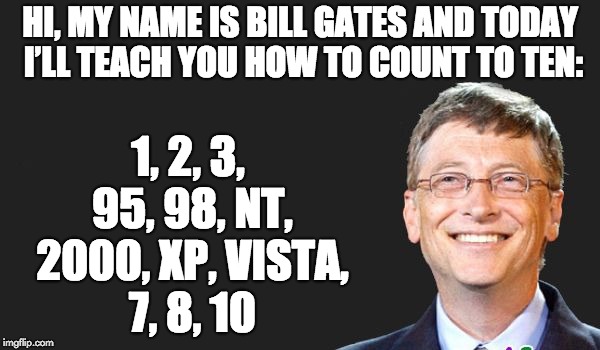 December 05, 2018, 03:00:13 pm
Adam Pollard, who looks after the hosting of our website for us, would like to know if anyone is interested in getting involved with any of the following activities.

I'm involved in some environmental initiatives in Neyland
and was wondering if anyone in the U3A would be interested.
We have the Plastic Free Communities and I would urge the U3A to sign
up to this. basically it means avoiding single use plastic like
plastic cutlery, cups etc.
I also do a bit of community gardening with 2 or 3 others as well as
litter picks and currently some Buddleia clearance.
Lastly, we are looking at the Bee Friendly town status. This is about
encouraging habitat for bees and avoidance of pesticides that may harm
them.