General Chatty Stuff / Clocks Go Back One Hour - and ... 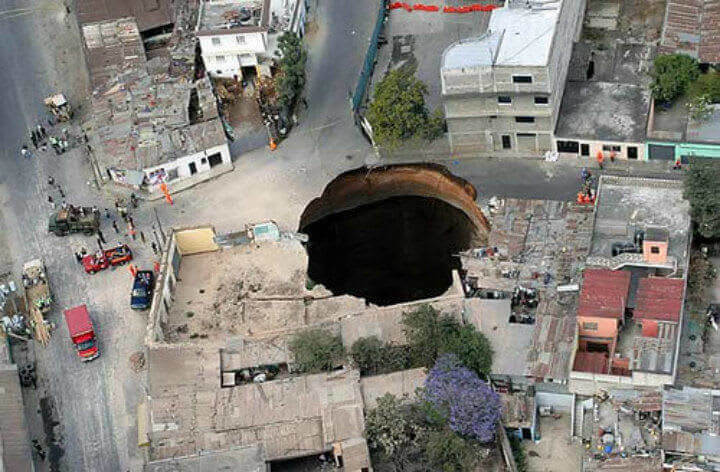 In 2010, the Guatemala City was hit by the tropical storm called Agatha and this horrifying sinkhole appeared.

The sinkhole's diameter was about 65 feet with the depth being around 300 feet. This looks really scary and what's even scarier is that sinkholes are a frequent occurrence in Guatemala City.
6

Health, Well-being & & How to live with Coronavirus! (COVID19) / Re: Welsh Ambulance Raises Awa...

Last post by welshcol - September 23, 2021, 10:04:41 pm
Totally agree.
On BBC Wales News an ambulance crew were saying that it was not unusual to be waiting outside a hospital for over four hours to hand a patient over to hospital staff for treatment!!!
Where has it all gone wrong & where is the accountability ??
7

Health, Well-being & & How to live with Coronavirus! (COVID19) / Re: Welsh Ambulance Raises Awa...

I had a front seat view of the chaos on Saturday morning.  I pull in to the Ridgeway Garage on the Fishguard Road.  By the door of the garage an elderly gentleman had collapsed and was laying prone on the concrete being comforted by staff and customers.  Inside I found the manageress distraught.  She had rung for an ambulance to be told none were available!

All this happening of the edge of our County Town and less than a mile from a General Hospital with an A&E department!
8

We will be holding our first post covid meeting on Tuesday 5 October at 19.00  as restrictions are still in place we hope to be having an observing session in the car park. If the weather is unfavourable there will be a display of telescopes indoors along with an introduction to amateur astronomy.

This will be a free event and all are welcome to come along, but donations to the group are always welcome, you may bring  your own equipment or borrow the group's scopes.

We will not be asking for any membership subscriptions until we can get the group up and running properly, with regular monthly meetings and a sufficient number of interested people to cover the group's annual costs.
Covid restrictions still apply at Letterston Village Hall, the kitchen facilities are currently closed so sorry no tea or coffee available and face masks must be worn inside the building, hand sanitizer is available on site.
9

Science and Technology / Hunting the Neutrino